Fantasy to Fact: How ideas in fiction have become designs in reality 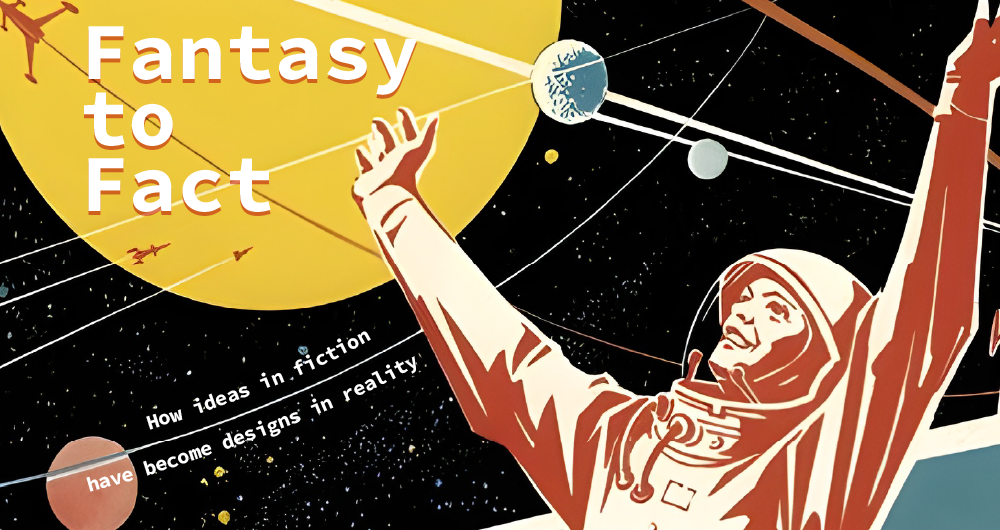 Inspiration can come from anywhere, be it the wonder of nature, or from within the pages of a book. Throughout history, many a story of epic fantasy or remarkable science-fiction have given birth to fantastical new ideas of technologies and designs far beyond the reach of their day, only to be given life decades or centuries afterward. More than a few of the most revolutionary designs and inventions that shape the world today can trace their first steps from stories and tales, some drawing inspiration from fiction, while others are created in their spitting image. The why of this phenomenon is obvious; who wouldn’t want to live out their fantasies? The how, on the other hand, is much more complicated.

Even before the widespread adoption of the printing press and the spread of common literacy, stories and invention have been intertwined since antiquity. It was Prometheus who gave the gift of fire, and Spock who gave the gift of the cellphone. Some of the first major inventions of the modern age that can trace their works to the writings of the first famous authors are the submarine and the helicopter, both inspired by the works of Jules Verne; ‘Twenty Thousand Leagues Under the Sea’ and ‘Clipper of the Clouds’, respectively. Verne, living to see his fantastical ideas made into reality is famously quoted as saying “Anything that one man can imagine, another man can make real.” This observation would prove prophetic over the course of the following century, with many notable inventions such as the Rocket, Atomic Power, the Cellphone, and many more leaping from the imaginations of futurists and into the everyday.

Of specific note is the previously alluded-to Star Trek, which has given rise to an impressive number of innovations that have found common use. Why one science-fiction show, or any other of the myriad muses of fiction have driven brilliant designers, engineers, and innovators to create the impossible becomes obvious once one considers the root of science-fiction and other stories of the plausibly fantastical. Written by authors whose imaginations are just barely limited by the technologies and ideas of their time, extrapolating what they know into the world-to-be, stories are a fantastic breeding ground for ideas and direction for future research. Naturally, as time moves on and technology progresses, the once-impossible suddenly becomes probable, and so stories of the future become self-fulfilling prophecies.

In all things, inspiration can drive us forwards. To the impossible dream. To the barely imaginable utopia. And then, in time, we arrive. Perhaps not exactly as imagined, or perhaps exactly because it was imagined.

Design Interface Inc. can show you what is possible. Our forward-thinking solutions for product design, package design, medical device design, graphic design and photography unlock the value of your ideas as we communicate your message and goals. See more here: https://designinterface.com/